← more from
Cantaloupe Music
Get fresh music recommendations delivered to your inbox every Friday.
We've updated our Terms of Use. You can review the changes here. 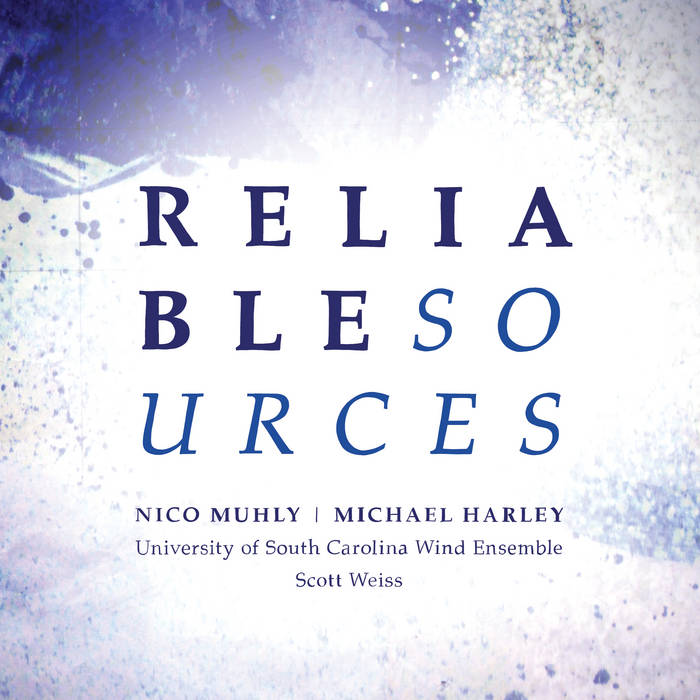 ROWIAL Isn't that a hopeful title in these days (jan. ’23)? But I still have to mine, to bring such reliable sources out of this wonder- and colorful bassoon concert; performed by a ±30 piece wind orchestra; including 4 percussionists. It's complex, adventurous, demanding but also inviting/alluring to get blissfully lost in it ... So it's a perfect companion to compile with ’We Carry Our Homes Within Us’ by yMusic (also here on BC).

Sven B. Schreiber (sbs) After having bought "Mothertongue" a long time ago and remembering to have been impresssd by it quite a bit, I thought it was high time to purchase another Nico Muhly work now. This epic piece for bassoon and wind ensemble is not as experimental as "Mothertongue", but still unique in its avantgarde approach. You never can go wrong with a Nico Muhly album, it seems! He's a "reliable source" for sure.

Reliable Sources isn’t the first concerto by Muhly to tap into the Gibbons wellspring, but it’s certainly one of his most poignant. Written specifically for Harley and loosely based on the melody from the Gibbons pavan Lord Salisbury (perhaps most famously interpreted by Glenn Gould), the piece channels a sense of wandering melancholy, interlaced with moments of wonder, that gives Harley plenty of room to stretch out as a soloist, while the versatile University of South Carolina Wind Ensemble, conducted by Scott Weiss (himself a passionate advocate of new music), dives headlong into the music’s haunting pathos and lively surges of emotion.

“I’ve found that his harmonic language has been a key for me to open up my own sound world,” Muhly says of Gibbons. “That’s very much at play in this bassoon concerto. You really feel it at the end of the piece, where we’ve been circling this Gibbons theme, but never quite articulating it. We hear a pretty explicit three-part version of the original pavan, and in that, you really feel it becoming more important, and I hope, more emotionally engaging. I find it really sad, but I also like the idea of something that’s always been out of view becoming a little bit more visible.”

The Hammer and The Relentless from the Boston band Malleus stop by for a chat.