← back to
Bedroom Community
Get fresh music recommendations delivered to your inbox every Friday.
We've updated our Terms of Use. You can review the changes here. 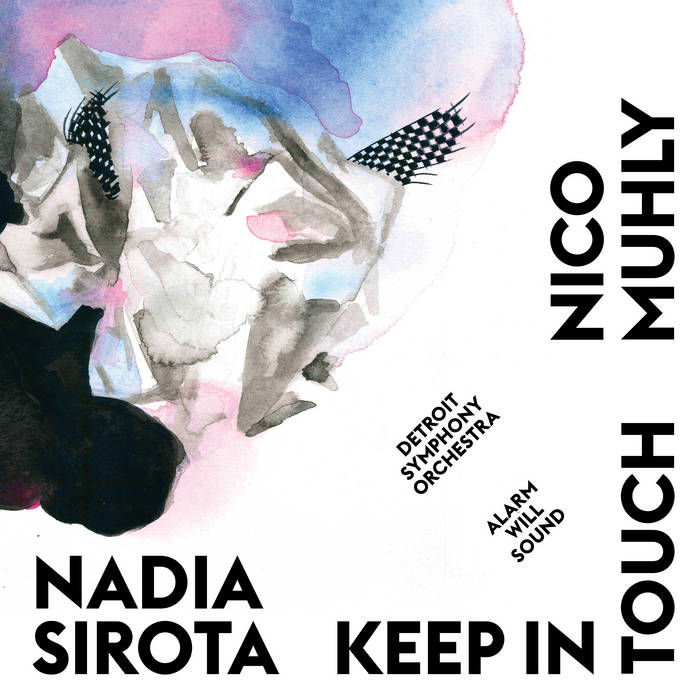 Nico Muhly is a virtuoso of keeping in touch, a hub for the vast network of friends and collaborators around the world that he's constantly checking in on with with personal or musical questions or scandalously inappropriate humor. Even when he is the only person awake in a hotel room in the middle of the night on a strange continent, there is someone, somewhere, that he can ping—What's going on? What's happening? How about now?—to satisfy his his need for human connection.

Keep in Touch, especially in its original version, was premised on the fear of never quite managing to make that connection. Its two soloists—violist Nadia Sirota and vocalist Anohni, of Antony and the Johnsons—were recorded separately, so that Anohni was virtually present, her part constructed from pass after pass of vocal improvisations, while Nadia's was added later, all in one long, live take.

But in reality, Nico's connection with the musicians on Keep in Touch—not just Nadia and Anohni, but also electronic musician Valgeir Sigurðsson, who realized and recorded the 2006 release—was never really broken. It was one of Nico's earliest collaborations with these singular musicians, with whom he has returned to the studio many times in the intervening decade. Nadia especially remains one of Nico's closest friends, even as their ever-more-hectic working schedules means that they're more likely to see each other IRL about once a month, rather than once a week.

The Alarm Will Sound version of Keep in Touch here was created by another of Nico's close friends, AWS percussionist Chris Thompson, who has managed to approximate every one of Valgeir's samples and Anohni's vocalizations, no matter how seemingly inimitable, for live performance. In a sense, it is of a piece with AWS's transcriptions of Aphex Twin or of the Beatles' musique concrète "Revolution 9," offering a new perspective on the compositional craft that went into an electronic piece by connecting it to the tradition of notated music. Here, a work for viola and tape becomes a miniature viola concerto for Nadia, Chris and their Alarm Will Sound bandmates.

When Nico had the opportunity to write a bona fide viola concerto, there was no question that the piece would be premiered by Nadia, whose input has influenced Nico's writing throughout their history of intimate collaboration. And Nadia points out that Nico's compositions, in particular Keep in Touch, have influenced her playing: Valgeir's unforgiving recording of those sessions, actually designed to highlight the flaws in her sound, encouraged her to play more boldly and transparently—"to show my work," she says, in what has become one of the defining features of her style.

And so Nico Muhly's Viola Concerto demands that the performer do exactly that, through an immense range of highly exposed material. The piece demands a virtuosity of expression, forcing the viola to navigate extremes of register and the huge leaps between them, or to freight a naked, sustained note with rapidly changing musical and psychological dynamics. The piece's emotional climax is arguably not the final movement's thunderous tutti playing of the full symphony orchestra, but poignant, soliloquy-like unaccompanied cadenza in which the viola attempts to recover between those outbursts. It's a moment of terrible loneliness Nadia likens to a private prayer. And that prayer, as the orchestra picks up the material from the viola, seems to be answered—but only briefly, before the piece descends into panic once again.

While the piece may have a tragic ending, as Nadia believes it does, this concerto's very existence suggests a far less lonesome narrative for its real-life creators. Listen to the inquisitive slide of her fingers up the neck of the fiddle throughout the Viola Concerto, and compare it to similar moments in Keep in Touch: the concerto is full of these musical signatures, what Nadia would call friendly "in-jokes" if the extensive documentation of her professional relationship with Nico hadn't already let the whole world in on them. This recording is a public exchange of love letters between two friends, a document of two artists growing up—and maturing—together, to create the most affecting and profound collaborations of their intertwined musical lives.